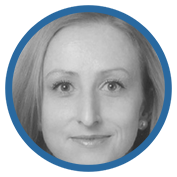 Julia Margarete Puaschunder studied Philosophy/Psychology, Business, Public Administration, Social and Economic Sciences, Natural Sciences, Arts, Law and Economics. Trained as a behavioral economist with Doctorates in Social and Economic Sciences as well as Natural Sciences and Masters in Arts, Business, Public Administration and Philosophy/Psychology, she has over 15 years of experience in applied social sciences empirical research in the international arena. Julia M. Puaschunder has launched and administered research projects around the world.

Before starting a Prize Fellowship in the Inter-University Consortium of New York at Columbia University, Princeton University and The New School, Julia M. Puaschunder held positions at the University of Vienna and the Vienna University of Economics and Business. For several years she was an Associate of the Harvard University Faculty of Arts and Sciences and serves as Contributor to the Harvard Law School Law and Mind Sciences Initiative Situationist.

Julia is included in the “2018 Marquis Who’s Who in America and in the World” among the top 3% professionals around the globe. She was awarded the 2018 Albert Nelson Marquis Lifetime Achievement Award.